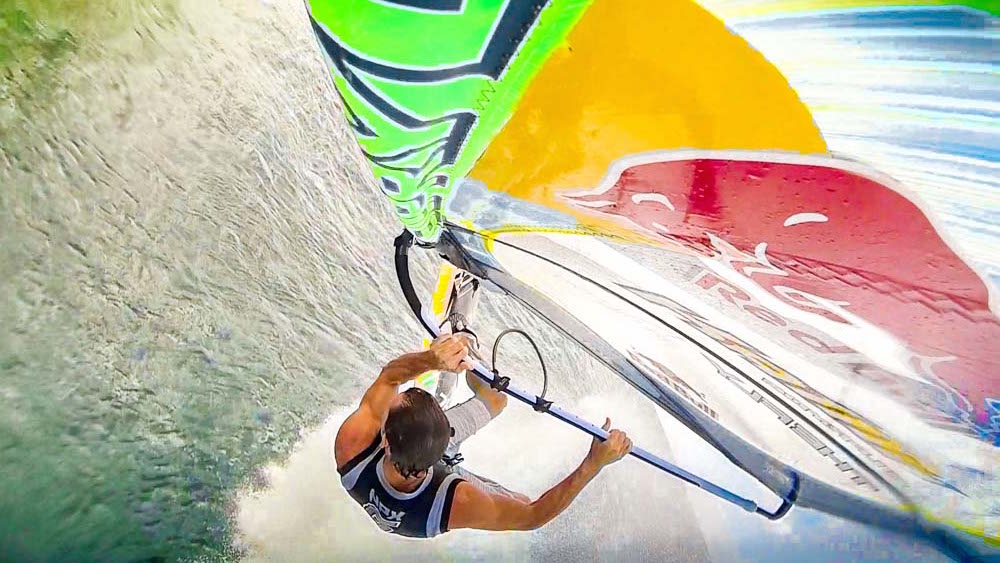 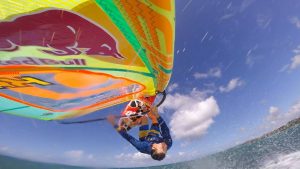 Jason Polakow shooting in Hawaii with his Flymount, some really atmospheric images here as well as his great action shots.

His Facebook page is well worth many views, there’s some seriously good imagery and video there from one of the world’s top windsurfers – and a total inspiration to many of us.

Jason has been using Flymounts for several years, bringing home brilliant shots time after time in the world’s most rugged conditions. 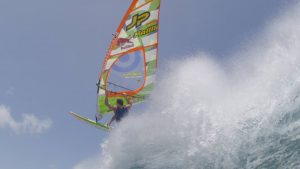 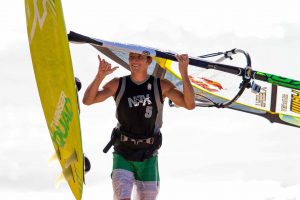 Born in Torquay, Australia, Jason Polakow is a true all-rounder when it comes to extreme sports. Before he switched to windsurfing Jason had already won the title of Australian Junior Moto X Champion. At 18 he became the top windsurfer in Australia and, by 19, he was world class.

In 1990, Jason won every event he entered, including beating the legendary Robby Naish at the Marui/O’Neill World Cup Grand Slam, finishing the season ranked number two in the world. A serious a Moto X accident nearly ended Jason’s career, leaving him with broken legs, wrists and feet. Doctors said he would never windsurf again but he recovered rapidly and went straight back to the top of the world rankings.

1997 was one of most successful years of Jason’s life, when he was crowned PWA Wave-sailing World Champion for the first time, and launched his own board brand, JP Australia. A year later he took his second World Championship.

Jason’s true passion has always been chasing down some of the biggest waves and best surf conditions and he is the only wave-sailor to break away from full time competition to challenge nature in its most extreme form. In recent years, Jason has evolved to become a more all-round waterman and extreme sports athlete who excels in big wave tow-surfing and SUP. On dry land, his thirst for adrenaline has seen him get into heli-boarding and motocross.

“I am more excited than ever with the direction my life has taken over the last 5 years. I feel more alive and dedicated to push the limits on the water and test my own limits on land.”

With thanks to Red Bull for this edited excerpt