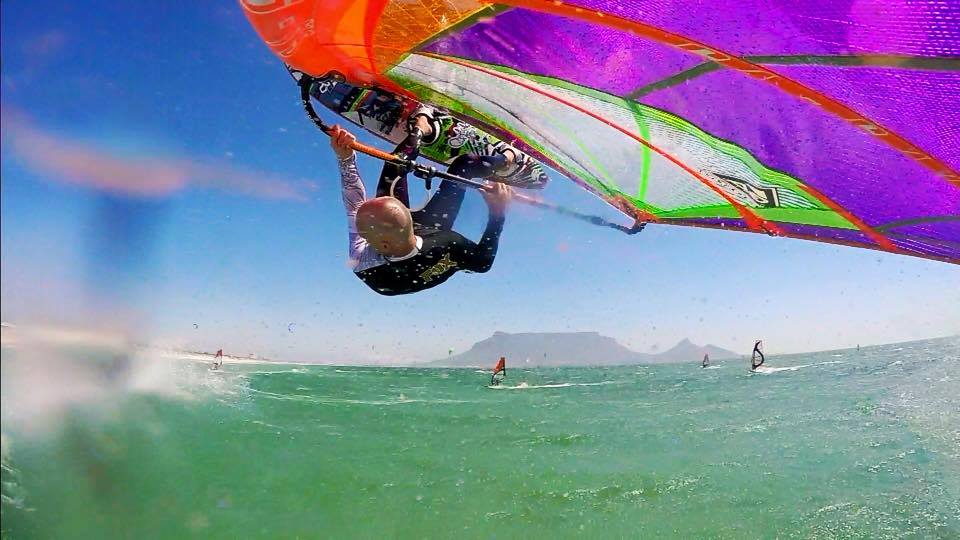 Markus Caspari sent these great Flymount images of his ride in Cape Town, South Africa. This is a brilliant location for watersports with the two seas, the South Atlantic and the Indian Ocean, meeting near the Cape of Good Hope, long a special point on the journey to the East by the sailors of old. Less turbulent than the terrifying seas of Cape Horn, South America, this was still a place to respect when you were sailing in the old ships with non of the modern navigation instruments.

Although it’s not truly the meeting of the two seas, thats Cape Agulhas to the East, Cape of Good Hope is the most Westerly point of South Africa. Cape Town is one of the world’s greatest cities with a vibrant culture and a special atmosphere – if you like that energising maritime climate and the fantastic food. The closest we have in Europe is Tarifa on the southern tip of Spain, and that has something of the clarity and energy of Cape Town.

Cloud streams from Table Mountain in the background as Markus lands, another great day! Is that sea really so green?